Somewhere over the tip of Greenland on the way to Johannesburg via Amsterdam, the plane shook me awake. I happened to open the window shade to see what was causing the turbulence. What I saw, I could never have imagined.

A crystal clear sky with shooting stars falling every minute or so. August 12, 2017.  The Perseids meteor shower. What luck to observe this from the air!  Just a stunning perspective. 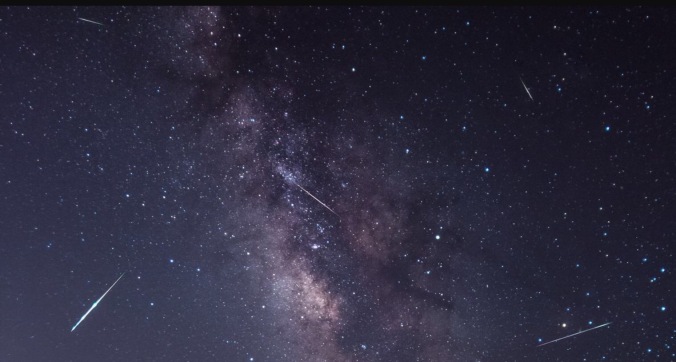 In the background, however, was a thin white whispy cloud running across the horizon. It was glowing. And moving. Surely that would be the moon lighting up these clouds. Or perhaps my eyes were playing tricks on me. They were making pointed white steeples surrounded by circular moats. Stalagmites of light ascending upwards. Could they be the Northern Lights?  The final confirmation came as an avalanche of color rolled out from the bottom of a cloud. A rainbow of color and light rolling across the horizon. They could be none other than the Lights.   Nature put on quite a show that night. Two hours later and the show was over. 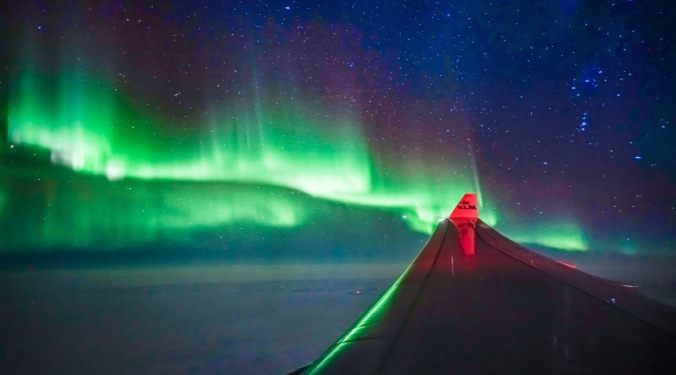 I’ve always wanted to see the Northern Lights. I never dreamt that I would see them on the my trip to Africa.  I’m so thankful I had a front row seat in the highest row of the theater. And that Mother Nature gave me the nudge I needed to just open my eyes.