Alex and I volunteered our home to be on the annual home tour our neighborhood hosts to raise money for the neighborhood association. Each year, over 2,000 people come to get a glimpse of these old homes, hear their history, and see the way they have been modernized for the modern family. When this many people are going to walk through your home, you really want it to look its best. We had a designer (provided by the neighborhood association) come visit and provide recommendations. We cleaned for two weeks prior. We got every project on the “Honey-do” completed (bonus!). All this in time for the home tour’s big weekend. But we had one dilemma… the front garden. Right next to our front patio, we had a giant camellia.  The limbs had abundant pink flowers, but it hid the front door, the patio, and a part of the dining room window because it was so overgrown. I was ready to rip it out and put in something new, but Wayne asked me to let him work some magic on it.

So, early one Sunday morning, about two weeks before the home tour, Wayne and Merle descended upon our front porch with a small saw and pruning clippers. I didn’t even know they were out there until I was half way through a cup of coffee and heard them discussing the aesthetics of this plant. I opened the front door, and found Wayne standing in the middle of the front yard, instructing Merle to saw this branch, clip that spring, now that branch. Both had been cut by the sharp branches and had several scrapes on them. When they were done, they had filled an entire green waste disposal bin, and transformed this large, overgrown bush into an elegant little tree.  It was magical.  I was so thankful that they saved this well-established plant, and saved me the hassle and expense of having to put in a new one. I think Wayne & Merle were just as proud at how beautiful the house looked for the tour.

How to be Neighborly: Embrace the inner gardener… in your neighbor. 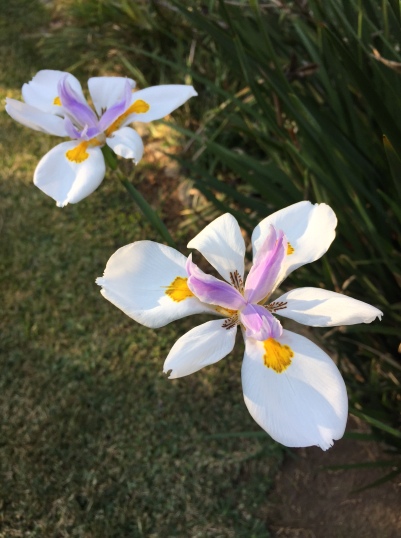 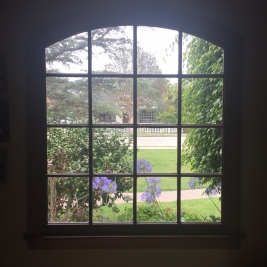 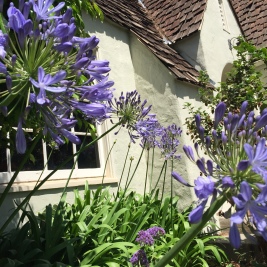