During our Memorial Day roll ’round the ‘hood, we dropped by Ashley and Sue’s house (estate) to meet their new family members. They had just adopted… Chickens. Three of them. They set up this cute little coop in the backyard that overlooks their pool. The coop was open, but the chickens seemed content in their new coop and didn’t have any interest in leaving. Inside the coop were scraps from their garden.  Half eaten greens and zucchini with chunks pecked away from the center. Ashley brought over a large stem of kale from their garden, presented it to the chickens, and they quickly devoured it in a minute. Hungry, happy chickens. 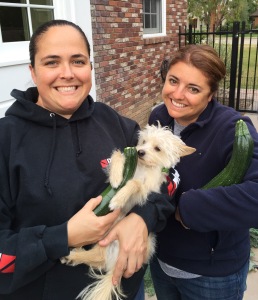 I noticed something unusual about all these garden scraps. They were HUGE. Like bigger than their dog Finn huge. The vegetables of unusual size came from the side garden. We took a stroll into the garden and to the right found celery and chard which reached our shoulders, bunches of kale and collards in 3 foot high mounds, and tomatoes about to burst into a rainbow of color.  To the left were well established zucchini and squash, and hidden behind a giant leaf was a zucchini the size of my arm.  Ashley generously broke it off the plant and gave it to me. Then she gave one to our biking partner Alisha. Let’s face it. They have a lot to spare, so why not share it.
How to be neighborly: Share life’s bounty.

So, what do you do with a zucchini of unusual size?  Here’s what I did with my gift from their garden. 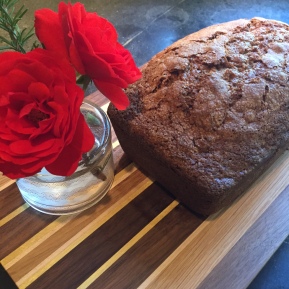 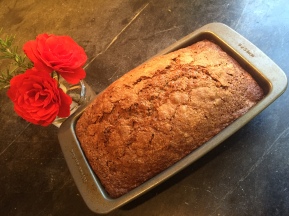 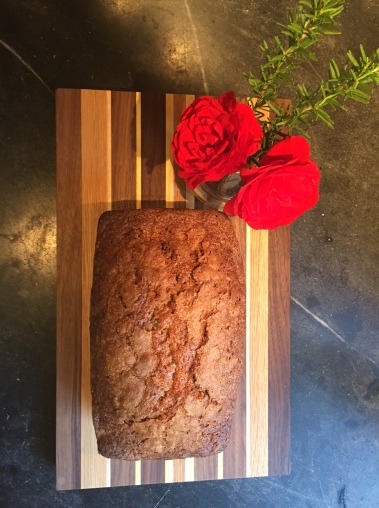 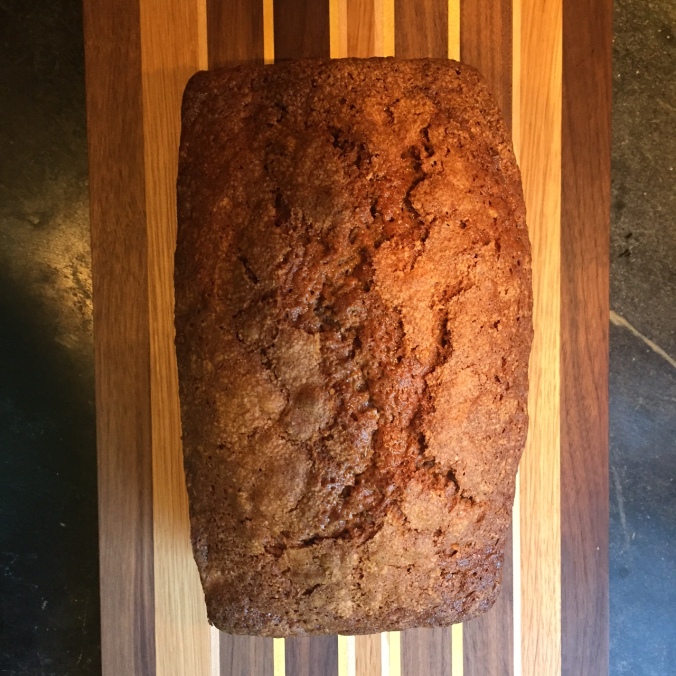 2 thoughts on “Vegetables of unusual size”